Interview with the Chris Boggs, President of SEMPO I interviewed the Chris Boggs via telephone and it was a very exciting geek-like conversation. We discussed SEMPO and upcoming conferences where you can see him, but more importantly we talked about the major issues he sees as SEMPO President. We also discussed Panda and what marketers and businesses are going to need to do to be successful in the future.

Chris Boggs is a very busy man. He is the Director of SEO (Search and Media Thought Leadership) at Rosetta, President of SEMPO, he serves on the SES Advisory Boardand is an expert Columnist at Search Engine Watch. He is one of those men that when you meet him you feel like you should have a pen and paper ready. I suggest you grab any opportunity to meet him at conferences and enjoy basking in his intelligence and knowledge. You can find Chris on Twitter @Boggles, Google+ and on LinkedIn.

Can you tell us which SES conferences you will be attending or speaking at in 2012?

I attend and speak at all SES conferences in the U.S, however I will be in London in February. At the 2012 New York conference I will be chairing a track on search industries.

Any other conferences you will be attending?

For those that are unaware of SEMPO, can you tell us quickly the benefits of becoming a member?

Everyone has their own reasons, but mine is primarily an evangelistic passion of industry. SEMPO is great as a resource that can educate and also allow for opportunities to network so groups can collaborate and define standards for the industry. At SEMPO like minds can gather and discuss things like important aspects of search, social and how they interact with analytics. Some use SEMPO as a business driver because you can use the site to post job opportunities and requests for proposals. As a member you have access to those requests. In fact, hundreds respond to those requests and it can, and does, drive business for them.

There are three key things about SEMPO that are really important:

How do you keep up with work while serving as President of SEMPO?

The company I work with, Rosetta, gives me extra time work to work the board at SEMPO, which is great. They believe in the value of my being the President of SEMPO. They also believe in my evangelism and championing of search and social media marketing.

A lot of is changing in search, can you tell is which changes are concerning you the most?

As SEMPO President I have to listen to members and right now the big concern at SEMPO is shared data and what is fair and what isn’t. It seemingly appears very unfair that the same data, which is essentially the keyword someone used to enter your site, if they do it at a secure level Google will not give you the keyword they used if they come in organically, but they will if they come in through a paid listing. Google says it is about user privacy, but a lot of people like Aaron Wall have pretty much called them hypocrites since they are providing the data if someone is paying for the click, but not through organic. Google has been very adamant that it is less than 10% of searches that are affected by those that are in this SSL level, right, but my agency has a very large sample we have been able to measure and we see up to 20% of searches affected. We do have some clients that are at 3-4% and the average is about 9 1/2%.

This issue with Google is the biggest concern right now. Especially for those that are using organic to market more than paid.We are aware that the FCC has been considering investigating Google. We actually drafted a letter in defense of Google. We do not take sides here. If we feel Google is being wronged we will defend them. Often those that get mad at Google are the ones that have made the most money off of Google in the last 10 years.

It isn’t that Google is shutting anyone out or giving certain advertisers advantage over others in paid or organic listings – it is set up by algorithm and quality score and all very neutral so we have to balance the line and look out for the interest of the one being wronged. We can’t take on side over the other. So in the case of the SSL thing, yes there are some marketers that are being affected negatively. I don’t think this is something SEMPO is going to come out with a formal opinion on until there is a lot more data in the industry that says this is starting to damage people’s marketing campaigns.

Funny how many are taking panda personally; the same thing happened with Florida update. People don’t like change even if it is positive. Some people are resistant to change especially when changes affect the way they have been gaming the system. I have to be careful here and not lean too far over one side of the fence, but if I am going to be honest I would have to say that those that were most effected by Panda were those that had poor content. There are those that have had “the baby thrown out with the bath water syndrome” and that is unfortunate, but they need to make adjustments. I have seen this happen to very large, well known websites that have content that has been deemed as weak. Sometimes it was just one category that needed some changes made. Overall, I think Panda was a positive thing. It is policing the search results, which is something Google has had to do since it has come out and people realized they could make so much money off it.

A Discussion on Strategy:

Since I have started it in this industry I have tried to follow all the Google rules, make sure the coding is correct and cover all the bases (off-site and on) so when there is an algorithm update I have enough going right that our sites are not affected.  Do you feel this is a valid approach?

Yes, what you say is exactly right. At times there will be issues you learn from and you make adjustments like I mentioned before with Panda. Maybe it is just one area of a site that needs adjustments, but the overall site remains solid. Over the years I have seen that in the most competitive areas you almost have to go a little gray hat. And even in the paid search you see people going gray and black hat for the most competitive spaces. This is just part of the game.

See also  7 Ways to Use Visitor Intelligence in SEO & Marketing

What do those in the search industry need to be focusing on to survive in the future?

You kind of just clearly explained exactly what a lot of us are seeing. If you are towing the line everything is working. And if we are doing it at a large scale it is working even better. So the way of the future is to find:

Following the rules seems to work. Follow the guidelines, plan ahead, cover your bases –as long as you are doing it right and doing enough – if you are towing the line everything is working.

A Very Big “Thank you” to Chris Boggs

Chris gave a me a ton of time right before Christmas and I really appreciate it. I held on to the interview until everyone had their working hats back on after the holidays. I think Chris is someone you have to pay very close attention to and really listen when he speaks. He offers a lot of ideas and information and he holds nothing back. He is truly an exciting man to speak with. 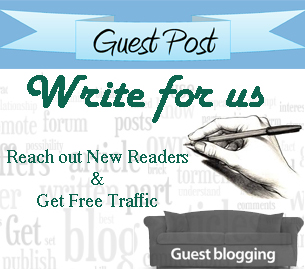