I don’t like trying to package everything that’s happening in our industry into a neat little box, because it’s like trying to describe the cause of the Civil War in two sentences. I’m likely to leave some things out, overstate some factors, and unintentionally offend some people. But I do think that an individual perspective can add flavor and context to an interesting narrative that’s still unfolding right in front of us.

Whether you think all of the upheaval is great or terrible for the industry (or whether you believe there is no upheaval at all), you have to admit that 2012 has been a strange year for search engine optimization so far. It has left me reflecting on who must be loving SEO right now and who must be hating it. 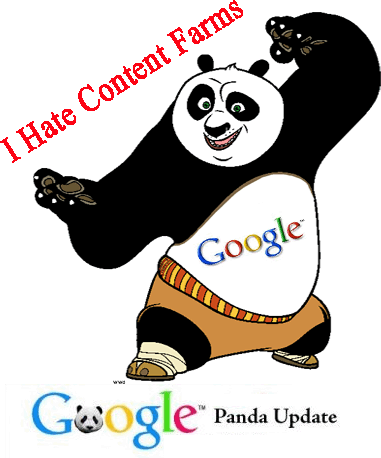 Nearly every site was impacted by the original Panda update, which just had its year anniversary. This year, Google has rolled out a series of lesser updates to effectively tackle webspam, all under the Panda umbrella, beginning with version 3.2 and a tweak designed to target ad-heavy page layouts. While Google has been unusually public about this string of updates, it doesn’t change the fact that most SEOs say they haven’t recovered from the effects of the original sweeping update.

When one site gets devalued by an algorithm change, another site is positioned to gain rankings, but most of the sites benefiting from Panda have been big brands (no surprise since Google inherently stands to benefit from larger PPC budgets at these companies and hasn’t been shy of pushing the benefits of SEO + PPC through its own PR machine scientific studies).

There’s probably no better time than now to be an in-house SEO for a large company, based on Google’s update patterns. That said, by now we should know that Google loves high-profile site penalization, since the loss of a couple of high-budget advertisers like Overstock or JC Penney is worth its weight in improved public brand trust for Google. 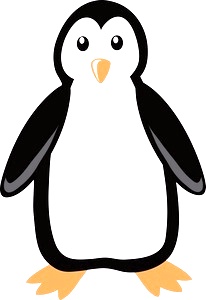 The effectiveness of the Penguin update is certainly up for discussion, though I think the update was positive. I think Joost de Valk is spot on in pointing out that Penguin and Panda aren’t easily distinguishable updates, so it’s hard to identify whether a site is being impacted by one or the other This is compounded by the fact that Penguin was rolled out around the time that Google accidentally deindexed some sites by mistakenly classifying them as parked. One SEO company got off easy by only being deindexed for half a day, but it sparked a wider concern over what Google is capable of doing to reputable businesses because of a few questionable link signals.

The ambiguity surrounding site penalization and ranking drops over the last few months has had some interesting consequences.

Penguin produced a lot of angry people who felt they had been penalized unjustly (Panda probably produced a lot more). In one representative incident, an SEO gloated over Google punishing spammers with Penguin and the blackhats retaliated. As a result:

One of the strange signs of the times I’ve seen from Penguin and the “negative SEO” discussion is the sudden prevalence of the word “deoptimization” in conversation. Last week, I got this email asking me to remove the link from a blog comment made on an old blog post.

How bad is it when your job is to make manual requests to remove legitimate (the comment was from a friend of mine) blog comments? Are SEOs doomed to ride some “SEO-SED(eoptimization)” roller coaster for the rest of their careers? Imagine writing link request e-mails, then later writing e-mails to the same people begging to remove those links. This was painful to read.

Google has provided a lot of help to webmasters within the last year.

See also  SEO Tips and Tricks: Things You Should and Shouldn't Do!

I mention Google+ as a positive in that it aids in the support of rel=”author.” It also confirms that Google is serious about legitimate social signals as ranking factors. This is great for an industry still plagued by some pretty ineffective link building practices. Some SEOs need to be forced to move from easy and automated links to earned and authentic links.  The downside to social signals is that we don’t have any conclusive causation data on the extent to which social impacts rankings. We’regetting there though.

And Google Taketh Away

I can live without a portion of keyword data, since the remainder is probably a representative sample of the whole. But doing year-over-year comparisons of keywords and keyword groups becomes nearly impossible. This makes it difficult for agency or in-house SEO alike to benchmark their own success using analytics (this year, at least).

Are We Better Off Now?

Just looking back at everything SEO has been through in just one year has given me a much greater appreciation for Danny Sullivan and his search history lessons. <chuckle>

I honestly can’t imagine working in an industry that didn’t have much to talk about. And every shortcut that Google eliminates for SEOs is one more step in the right direction—toward helping us become great marketers beyond SEO.

Not everything is perfect. It never will be. I know legitimate business owners who lost 60% of their organic traffic to Penguin. And that can make you second-guess yourself.

SEO drama notwithstanding, I think 2012 is an amazing time to be in this industry. Count yourself lucky to be among those rolling with the punches right now.

Written By: Scott Cowley – he is head of SEO at ZAGG in Salt Lake City, where he is also a board member of Social Media Club. He writes and speaks about SEO, social media, blogging, and promotion marketing.